Detect secrets such as tokens, API keys, certificates or similar that have been hardcoded in Apex, Aura or Lightning Web Components.

A recurring problem when developing applications is that people may accidentally hardcode and commit secrets to their remote Git repositories. Secrets include keys, passwords, API tokens, and other sensitive information. Secrets exposed in this way must be treated as compromised and replaced, which can be costly. 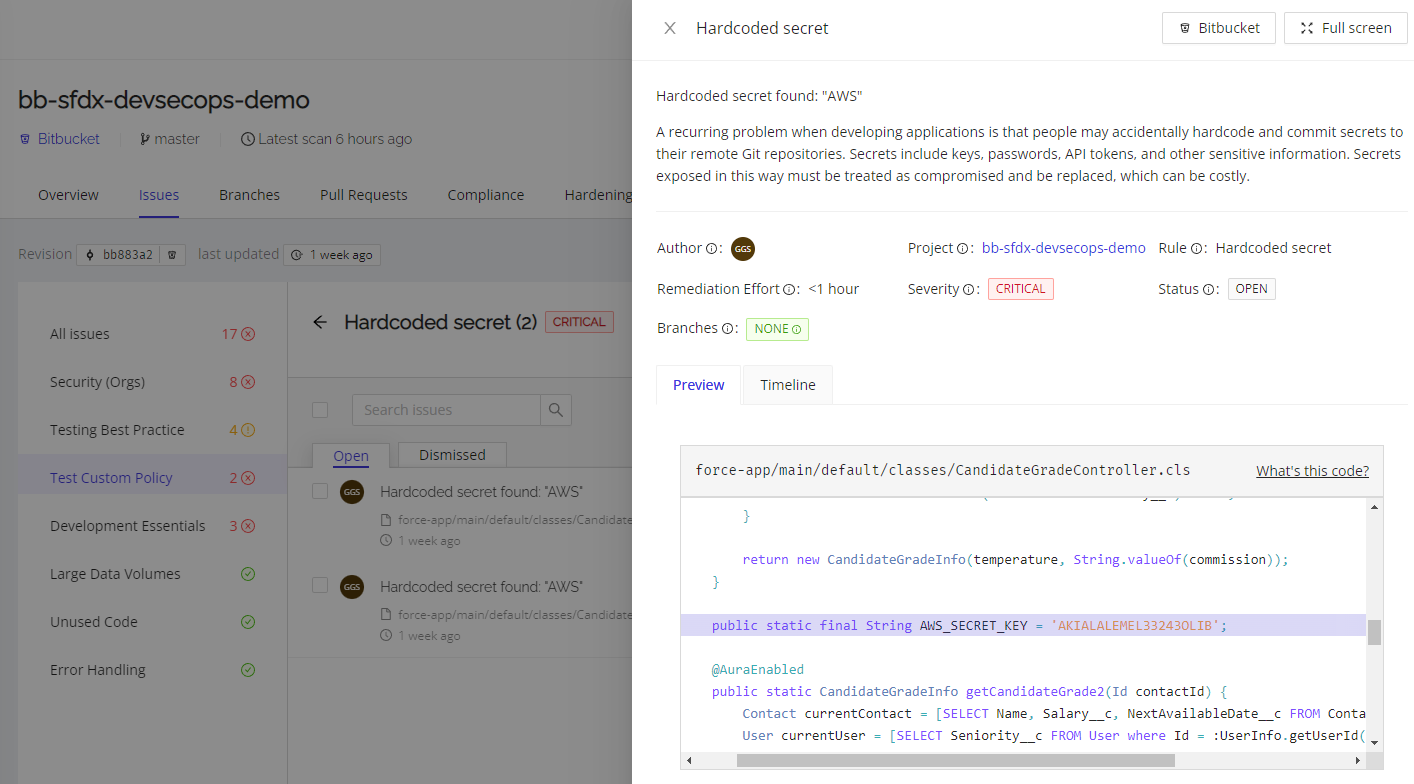 Did this answer your question?